Simon Penn Building Ltd is the eHaus Builder for the Whanganui area. Simon is a qualified PassivHaus tradesperson, Registered Master Builder and Licensed Building Practitioner with over 25 years of experience in the building industry. Together with his partner Stacey they manage a dedicated, qualified team of carpenters who are committed to delivering outstanding quality and service on your project.

Client care and satisfaction is very important to us so we've kept our company on a smaller more personal scale.
We are passionate about eHaus and the health, comfort and energy efficiency an eHaus home delivers. Call Simon today on 021 979 162 to discuss your building project and how an eHaus home can enhance your lifestyle.

Simon, Stacey, Connor and Natasha are the family leading the eHaus Whanganui team 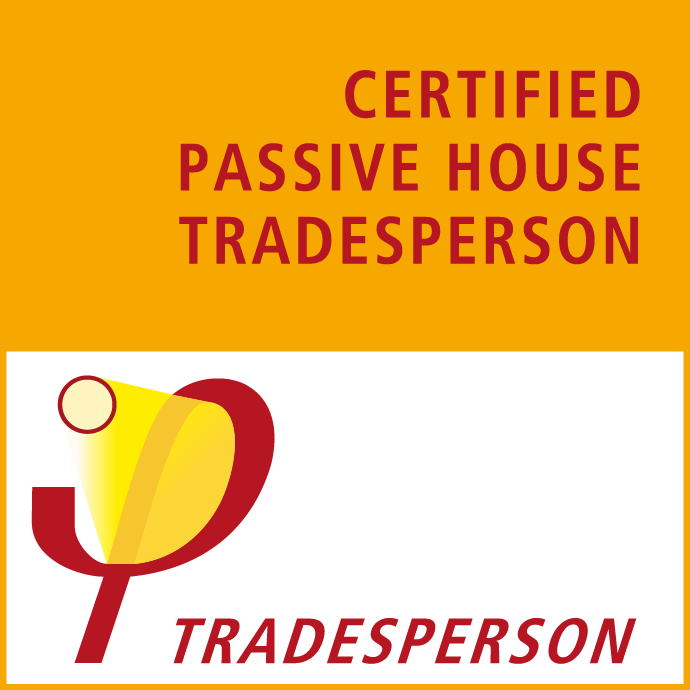 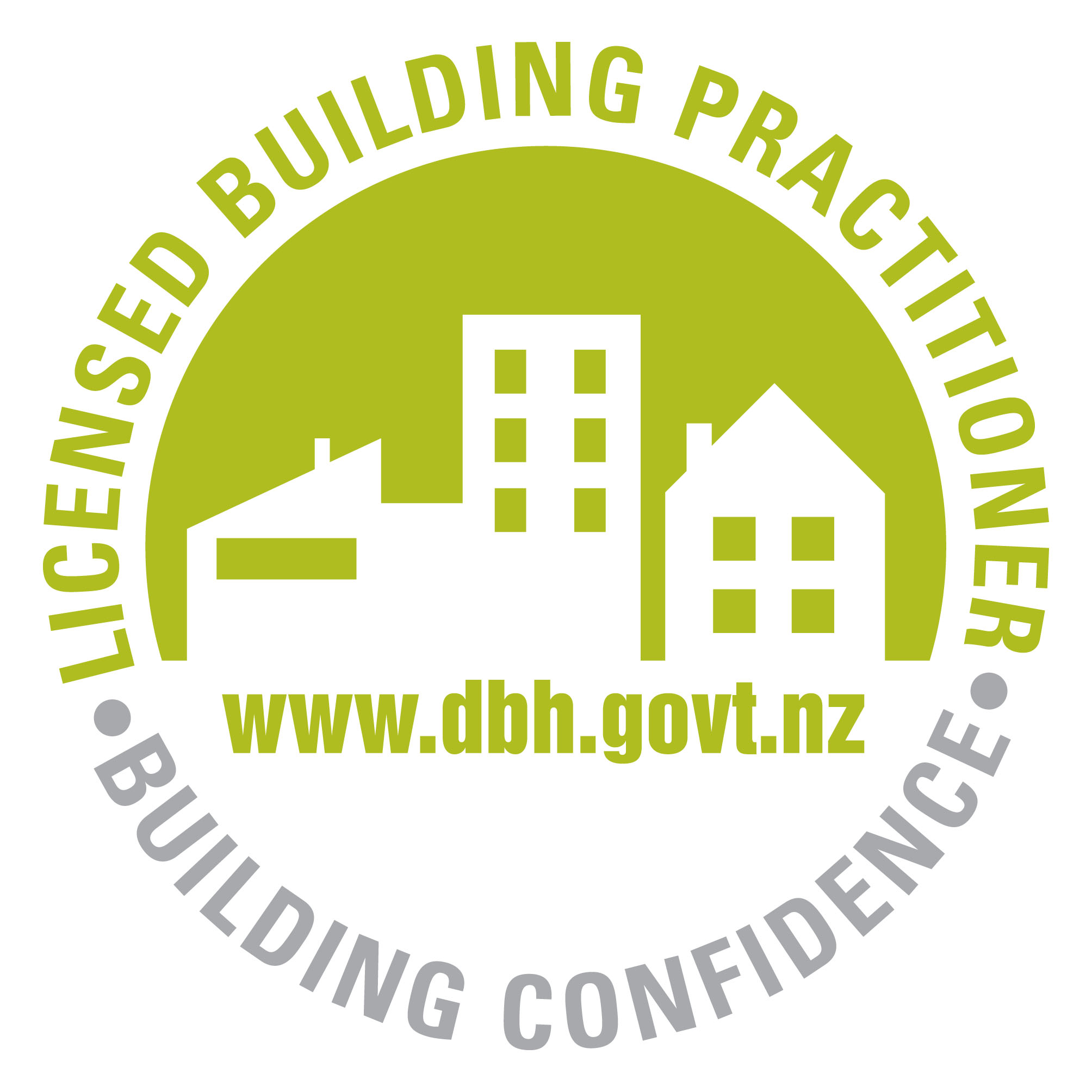 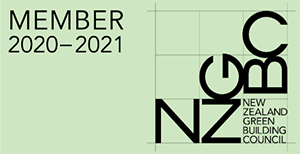 eHaus – a brand of ecoBuild Developments Ltd (eDL) was established in 2010 by Baden & Glenda Brown and Jon Iliffe with the dream of creating a New Zealand owned and operated specialist design and construction company using PassivHaus build & design principles.

Often referred to as the ‘world’s leading standard in energy efficient design” the German engineering intelligence behind PassivHaus encompasses unprecedented Health, Comfort, Energy efficiency benefits and high quality buildings.
Baden a New Zealand Master Builder of 20+ years and Jon a HND Mech Prod Engineer from Rolls Royce motor cars in the UK, realised the opportunity this revolutionary way of building PassivHaus bought to the New Zealand building industry and the incredible benefits these spaces offered.
That same year they both studied and qualified in the use of the German PassivHaus software through the Auckland Unitec facility. The software, at the very heart of the build, models the performance of how the building will perform before a single stake is put in the ground. They then invested 100’s of hours translating PassivHaus to the New Zealand conditions, applying the building science to the 18 climate zones for both the North and South Islands.
Together with Glenda, a member of the NZ Institute of Directors and an accredited business mentor who has 30+ years working in Chartered Accountant offices, has seen the business grow a nationwide team of qualified PassivHaus designers and tradespeople. eHaus is now recognised as award winning, and the leading player in the New Zealand PassivHaus market.

We live PassivHaus … it’s what we do.

Every eHaus is designed and constructed using the International Passive House design software – proven performance to live by. Healthy, comfortable, all year round lifestyle. This is what sets us apart in the industry. Here at eHaus we believe this is the future and benchmark for all New Zealand builds.

eHaus values support the vision, shape the business culture and reflect the essence of the eHaus principles and philosophy.

eHaus and eDL are Members of:

“We are proud to be leading the way in PassivHaus design, architecture and construction. We are a company that prides itself on innovation and excellence, founded on our specialist expertise in the market.”

The owners of a recently built eHaus PassivHaus are enjoying all the benefits of the Passive House design especially when it comes to the comfort of the all year-round temperature inside. The temperature is between 20 -25C in every room of the house. In the middle of a cold New Zealand winter or hot humid summer, the Passive House design maintains an evenness of temperature with little to no heating or cooling required. This creates a healthy and comfortable home every day with the added bonus of huge large savings on electricity and energy bills. In some cases, up to a 90% saving. All homes designed and constructed by eHaus use the Passive House design software, assuring the house will perform, this means all eHaus’ have the same level of unparalleled comfort, health and energy efficiency no matter where in New Zealand you live.

“You must be very happy to be back in a warm climate after living in Canada for all those years!”

“Well actually, No! I have been colder in New Zealand.”

“What do you mean? Canada is much colder than New Zealand.”

“Outdoors, maybe, but not in my house in Canada. The central heating kept the house warm even when it was -15o outside. But here in Whanganui, it has been 6o  inside some mornings!”

So, we decided to build an eHaus. At first, we were skeptical. Can we really have a house that stays between 20o and 25o all year round without any heating (except for a few very cold days in winter)? That’s what the documentation asserted. And actually, that is what the reality is.

We have no regrets. The house has lived up to its promise. When the temperature dropped to single digits in Spring, friends who built at the same time as we did – so the insulation, double-glazing and so on, were all up to spec – had to turn their heat pump on. We were still waking in the morning to 22o inside.

And it’s not just the warmth of the house. It’s also the evenness of the temperature throughout the house. We had a wood-burning stove in the house we first lived in and yes, it was very cosy in the living room. However, when we got up in the middle of the night to go to the toilet (which Gold Card holders like us tend to do) it was cold! But not in our eHaus. It’s the same temperature in every room!

Of course, we paid more up-front for our eHaus than we would for the same-sized ‘conventional’ build. But we will save on electricity and heating bills. The irony is that when you are getting older and feeling the cold more, you have less disposable income to pay for heating. Our eHaus solves that problem for us.

However, it is not just the end product that we are delighted with – it was also the process. We received personal attention from the eHaus team from the beginning of the process to the end. The house plan was custom-designed and engineered to suit our lot, maximise views and solar gain and minimise the impact of the prevailing weather. The building process was collaborative and our input was invited to ensure we were happy with the end product. And the builders were meticulous in their attention to detail.

".., it is not just the end product that we are delighted with – it was also the process. We received personal attention from the eHaus team from the beginning of the process to the end. The house plan was custom-designed and engineered to suit our lot, maximise views and solar gain and minimise the impact of the prevailing weather. The building process was collaborative and our input was invited to ensure we were happy with the end product. And the builders were meticulous in their attention to detail. Would we build another eHaus? Absolutely! Would we build with Simon Penn again? Without a doubt" Harry and Mary

"We would like to thank Simon, Stacey and the team for making the building of our new home such a great experience. From the start to the finish Simon gave us excellent guidance, we were kept up to date throughout the building process and any questions or concerns that we had were responded to in a timely manner. We are very happy with our new home and would definitely recommend SPB Ltd to family and friends and anyone else who may be thinking about building a new home" - R and L Chapman (Simon Penn Building Ltd client)

"Having dealt with Simon when our house was built 5 years ago he was our only choice when we wanted to extend. Simon listened to our ideas and offered expert advice. We were kept well informed throughout the build which made everything stress-free. Simon and the staff from Simon Penn Building Ltd are professional, prompt and the build was completed to a very high standard. We certainly know who to call with our next project" - D and H Waring (Simon Penn Building Ltd client)

Sorry, there are no upcoming eHaus events in this region.